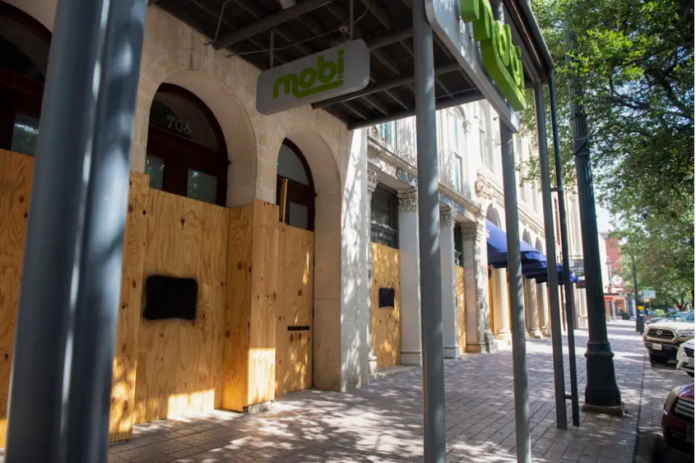 It will be a miracle if Texas Comptroller Glenn Hegar and his team of financial prognosticators are right about the arc of the state’s economy over the next few months.

The LBJ State Office Building where they work is full of smart people, but they’re being asked to put numbers to their assumptions about the state’s fumbling response to the coronavirus pandemic and the economic recession the virus spawned.

Hegar himself, while presenting the latest forecasts for state revenues that will be collected over the next 13 months, won’t say he’s nailed it. He’ll say it’s his best estimate right now and then can spend as much time as you’d like describing the uncertainty of the terrain he’s been asked to map.

The short form: Texas state government will bring in $11.6 billion less during the current two-year budget than the comptroller forecast last year, ending with a shortfall of $4.6 billion and a balance of $8.8 billion in savings in the Economic Stabilization Fund, also known as the rainy day fund.

Texas lawmakers are constitutionally required to balance their budgets. Every two years, they find out how much money the comptroller thinks will come into the state treasury through taxes and fees and everything else, and they write budgets that spend no more than that amount.

When the comptroller is wrong — and the forecast is always wrong in some respect — they adjust spending up (usually) or down (not often, but stay tuned) to fit the situation. At the end of their last legislative session in May 2019, legislators knew they would have to spend more on Medicaid than they included in their budget. The plan is to come back in January and add what’s needed to that and other programs and services, a customary adjustment that will raise the overall size of the current budget.

Then they’ll write the next two-year plan. And because of the coronavirus recession, they expect not only to have less money to work with, but to be less certain about how much money they will have. The 2020-21 budget is tough, but manageable.

They’ll need a case of Maalox and a couple of gallons of CBD oil to get through the 2022-23 budget. So might the rest of us.

The comptroller is listing the assumptions not just to hedge his bets, but to let lawmakers and everyone else know that the numbers will change if the assumptions are off. Like the one about businesses and consumers resuming something like their normal economic lives around the first of next year, he said in a livestreamed interview with the Texas Tribune this week. Or that the gross domestic product will reach pre-pandemic levels by the end of 2021.

“Those are things that unfortunately nobody really knows right now,” Hegar said.

He tiptoed around the economic effects opening schools to in-person classes might have if, for example, it freed parents to go back to work. It’s hard to tie that directly to state revenue. And he declined to forecast the effect of potential business shutdowns in the coming months.

“We’re going to have to continue to learn how to live with the pandemic and be able to keep the economy open,” he said.

When the state puts a number on a prediction, it has the patina of precision and certainty. In the Tribune interview and elsewhere, the comptroller is trying to say, gently but persistently, that his estimates probably won’t hold. Some sample quotes:

Politicians are fond of telling voters that they’re trying to run government budgets the same way we run our family budgets. Now they’re in the same fix a lot of families are in, trying to figure out what they can spend over a period when their income is wobbly, and to follow that with spending decisions about the two years that follow.

The Article was originally published on Analysis: Texas in a state of financial uncertainty.