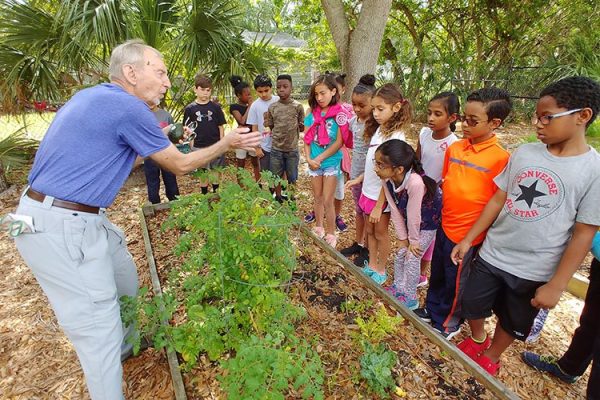 Denver schoolchildren are already starting to plant the seedlings that may wind up on their cafeteria lunch trays come fall.

In Ignacio, steers that will feed local schoolchildren later this year are grazing in their pasture.

In Greeley, schools are preparing gardens where their students will begin planting soon.

Equally important, in Denver and in Washington, lawmakers are taking steps to encourage schools to get more locally-grown produce into their students’ bellies, in the hopes that will translate into healthier, leaner, more ready-to-learn youngsters.

But it’s not going to be easy. Locally grown food doesn’t mean cheaper food and it’s always more time-consuming to prepare fresh produce than to simply reheat processed foods, so staff time is increased. Budget cutbacks make any increases in the cost of running schools distinctly unappetizing to local officials. And state and federal regulations governing what commodities schools must buy stand like a lump of cheap processed cheese, unmeltable and unmalleable.

Still, the Farm to School movement is taking hold in Colorado, buoyed by growing concern about the epidemic of obesity in young people and reports that identify food consumed on school campuses as one of the culprits.

Last Friday, the Colorado House of Representatives passed the Farm to School Healthy Kids Act, which creates a task force to help farmers connect with school districts and to help school districts figure out how to recover the higher costs of buying locally grown fresh produce instead of cheaper processed foods.

That bill, sponsored by Sen. Paula Sandoval, D-Denver, and Rep. Judy Solano, D-Brighton, is now headed to Gov. Bill Ritter for his signature. The task force will convene by the end of the year.

Last month, the federal Farm to School Improvements Act was introduced by U.S. Rep. Rush Holt, D-New Jersey, to establish a competitive grant and technical assistance program to increase the use of locally-grown foods in schools. And on Tuesday, Sen. Patrick Leahy, D-Vermont, introduced similar legislation in the Senate.

Also in February, the Center for Systems Integration launched a three-year program, funded by a grant from the Colorado Department of Agriculture, to create a model Farm-to-School outreach program and to analyze just what the obstacles are to getting more Colorado-grown food into the state’s schools.

“Any time you get into this, you realize there are so many things working against us,” said Jim Dyer, project director of the Southwest Marketing Network in Durango and coordinator of the Colorado Farm to School project. “People love the concept. ‘Farm-to-school’ captures the public’s imagination and they want it to happen.

“But we haven’t really changed the state regulations, the federal regulations or even our own attitudes about what good food should cost. Often, we’re our own worst enemy in trying to nickel and dime this. You can’t add just a few pennies to the cost of a meal and expect it to become local and wholesome.”

Still, there are already some notable successes around the state. Among them:

“We weren’t sure how it would work,” said Allison Virchow, the Americorps Vista volunteer placed in charge of the Farm to School program in Greeley. “But last fall, we started getting romaine lettuce and cherry tomatoes from two local organic farms. We marketed it to students as ‘farm to school salad,’ and the kids liked it a lot.

“But there were definitely some issues, especially with the romaine lettuce. The kitchens had to spend a lot of time chopping it up, and that was hard for us to work out.”

Some of the highest-profile successes have come in Denver, where Denver Public Schools is 18 months into a two-year FOCUS (Transforming Food Options for Children in Urban Schools) grant.

“The goal of FOCUS is to use the large buying powers of large school districts, 40,000+ students, to effect change in the local food systems to get local food in there,” said Andy Nowak, director of Slow Food Denver and project director for the Seed to Table School Garden program.

“Most of the work will be seen in the district at the start of next school year,” Nowak said. “DPS works on a yearly bid process so the bids are coming out now for the next school year.”

Among the changes in the works in Denver:

“To the best of our knowledge, this is one of the first programs in the country where an urban school district is farming its own land to produce food to feed its students,” Nowak said.

Similarly, Slow Food Denver and Denver Urban Gardens have, for years, been working on small school gardens. But until now, DPS has not actually used produce from these gardens in their school cafeterias.

“Starting this year, kids can harvest vegetables from their school gardens, then sell the items to their school cafeteria. It’s a great example of kids learning to grow food and feeding themselves at lunch time. It can’t get more local than that,” Nowak said.

Will it do any good? Will providing locally-grown food in school cafeterias really result in better health for school kids?

That’s up for debate but researchers insist that it can. Just this month, a Michigan study found that students who eat lunch provided by their schools are more likely to be overweight and have higher levels of cholesterol than students who bring their lunch from home.

A CDC report last summer also made the case that locally-produced food is one strategy among many that will be needed to overcome the obesity epidemic. Dyer explained why:

“If the food is locally produced, there’s a greater chance that the people eating it will be more conscious about the food choices we make,” he said. “It’s not just cheap and filling but we know how it’s produced, we’re comfortable with how it’s produced, and there’s a face behind it. That can make a big difference in how we choose food.”

“Secondly, local foods can be much fresher, and that can aid nutrition,” he said. “There’s a great likelihood that they’ll be whole foods, not processed with salt and sugar added and the nutrition altered. It will be a whole tomato instead of canned tomato sauce with added sodium.”

There’s also the whole issue of food security and food access. Many low-income schoolchildren simply don’t have access to nutritious, wholesome food anywhere other than at school.

“If you get good food into the schools, it reaches everybody,” Dyer said. “If a student can’t afford to buy lunch, assistance is available to help with that.”

But money remains the difficulty. The U.S. Department of Agriculture wants to support farmers, so it subsidizes certain commodities – like milk, which is made into cheese.

What’s more, until recently, schools that ordered government commodities couldn’t even specify a preference for locally-produced items. By law, they had to take what was priced lowest. That has now changed and they may request locally-produced commodities. But paying more for them remains an issue.

“You know how budgets are in schools now,” Dyer said. “We’re not tolerating any extra money for anything. That’s the shame of it. A cheap lunch for a kid is seen as an entitlement. It’s easy to point fingers at government policies but we have to point the finger back at ourselves and our ideas about cheap food.

“We have to educate people about this. And I think we will, in time, generate the political will – and the societal will – to pay more for decent food.”

The article was published at Farm to School: Planting seeds of change in school lunchrooms