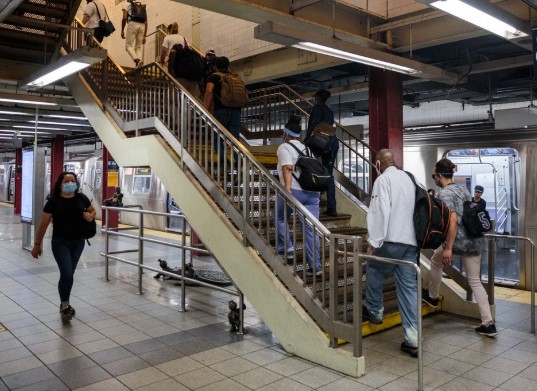 A decision by robo-advisory pioneer Betterment LLC to halt trading during the post-Brexit rout has stoked questions about the broad control some automated investment advisers maintain over clients’ ability to get in and out of markets during volatile periods.

The New York-based robo adviser, which halted trading for about 2.5 hours during the market selloff June 24 in the aftermath of the U.K.’s June 23 vote to exit the European Union, says this power allows it to shield clients from poor trade execution and higher transaction costs. The eight-year-old firm also notes that its rights to suspend trading are spelled out in its client agreement.

But some users — both individual investors and financial advisers who use the platform — and a state securities regulator have raised concerns about the liquidity of these investment portfolios during market declines and potential lapses in the way the firm communicated the suspension to its clients.

Betterment, which manages $4.9 billion, is one of the biggest independent firms in this fast-growing investment advisory segment that is especially popular with younger investors. The questions raised by the trading halt amount to one of the highest-profile hiccups with this nascent industry.

“These customers were put at a great disadvantage,” said Massachusetts Secretary of the Commonwealth William Galvin, a regulator who has been critical of some robo advisers’ ability to serve as fiduciaries, a standard that requires them to act in clients’ best interests. “The precedent this sets is a real bad situation where people are desperate to get liquidity and they can’t.”

Betterment Chief Executive Jon Stein stands by his firm’s decision to suspend trading temporarily, but he acknowledges the firm needs to communicate better with clients. “We are internally discussing this,” Mr. Stein said in an interview. “We are talking about different notifications we can give either in the [mobile or web] app or the moment of trading via email. There are lots of different things we’re looking at.”

Like some other robo-advisory services, Betterment relies on algorithms to make investment decisions for its clients, in lieu of human advisers. After clients are assigned a diversified portfolio based on factors including age, income and tolerance for financial risk, Betterment’s algorithms automatically place the trades necessary to keep the portfolio from deviating from the recommended percentages in stocks and bonds. Clients can override the company’s recommendations.

But while Betterment uses exchange-traded funds — which trade throughout the day — in its portfolios, it also maintains latitude not to execute trades when market volatility rises, a condition that can cause liquidity to decline and ETFs to trade at prices that deviate from the value of the assets they track. It used that authority on the morning of June 24, forcing clients to sit on the sidelines.

E.J. Kalafarski was one such customer. Around 2 a.m., he logged into his Betterment account when “it became clear the international markets were tanking” in response to the U.K.’s Brexit referendum results. His goal: to reduce his equity exposure from 100% to 50% of his Betterment portfolio.

The app developer, who lives in New York, didn’t receive a trade confirmation until 12:53 p.m. that day, after the Dow Jones Industrial Average had fallen more than 400 points on its way to a 610-point decline.

Mr. Kalafarski said he didn’t realize the delay had been caused by a trading suspension.

Financial adviser Eric Roberge said he grew concerned the suspension would prevent him from making any changes to client portfolios after a client called during the morning of June 24 to discuss shifting to a more conservative mix of stocks and bonds.

“I am a fiduciary for my clients, and I have discretion over their funds, ” said Mr. Roberge, a fee-only adviser in Boston who manages money for some clients through Betterment’s institutional service. Although Mr. Roberge was able to help his client understand why he shouldn’t take any action, he says that if the client had said he wanted to trade, “I would have been in a bind.”

“I don’t feel comfortable with someone else telling me what I can and cannot do” on clients’ behalf, said Mr. Roberge.

Mr. Stein said Betterment users could have executed portfolio changes “right away” on June 24 if they had called the firm. That option wasn’t mentioned in an email the firm sent about the trading suspension on Friday morning to the 300 advisory firms that use the institutional service. Individual retail customers were never notified of the halt.

Trading resumed “around 11:45 a.m.” after a three-person trading team at Betterment “determined that conditions had generally normalized,” the company said in a blog post this past week. The company fully executed all pending trades by the close of trading on the afternoon of June 24, said spokesman Joe Ziemer.

Mr. Stein says Betterment has suspended trading a “handful of times” in the past, generally in the “10 or 15 minutes” before and after announcements of Federal Reserve interest-rate policy. Betterment also avoids trading in the first 30 minutes of the market’s open and the last 30 minutes of its close — a time when the company says volatility is more prone to rise.

But in its customer agreement, Betterment also reserves the right to limit or make account access unavailable during periods of “market volatility, peak demand, systems upgrades, (and) maintenance,” among other reasons. The agreement also says Betterment isn’t responsible for losses tied to any service suspensions.

Some other robo-style services have similar policies.

Charles Schwab Corp.’s Intelligent Portfolios, which manages more than $7 billion, doesn’t trade during the first and last half hours of the market’s operations. It also reserves the right to suspend trading beyond those windows for its individual investor clients, although it has never done so. If a client wants to change his or her investment allocation or cash out, the service’s standard procedure is to execute those trades the next business day, says spokesman Michael Cianfrocca.

Independent robo advisory Wealthfront Inc., which manages $3.5 billion, reserves “the right to suspend trading if it is not in the client’s best interest,” a spokeswoman said. To date, she said, the Redwood City, Calif., company has never taken such a step, including during the Brexit meltdown.

“The market trading on Friday, June 24, was orderly, so we saw no reason to suspend trading.”

ABOUT US
Newspaper is your news, entertainment, music fashion website. We provide you with the latest breaking news and videos straight from the entertainment industry.
Contact us: [email protected]
FOLLOW US
© by Cmmodity Market News