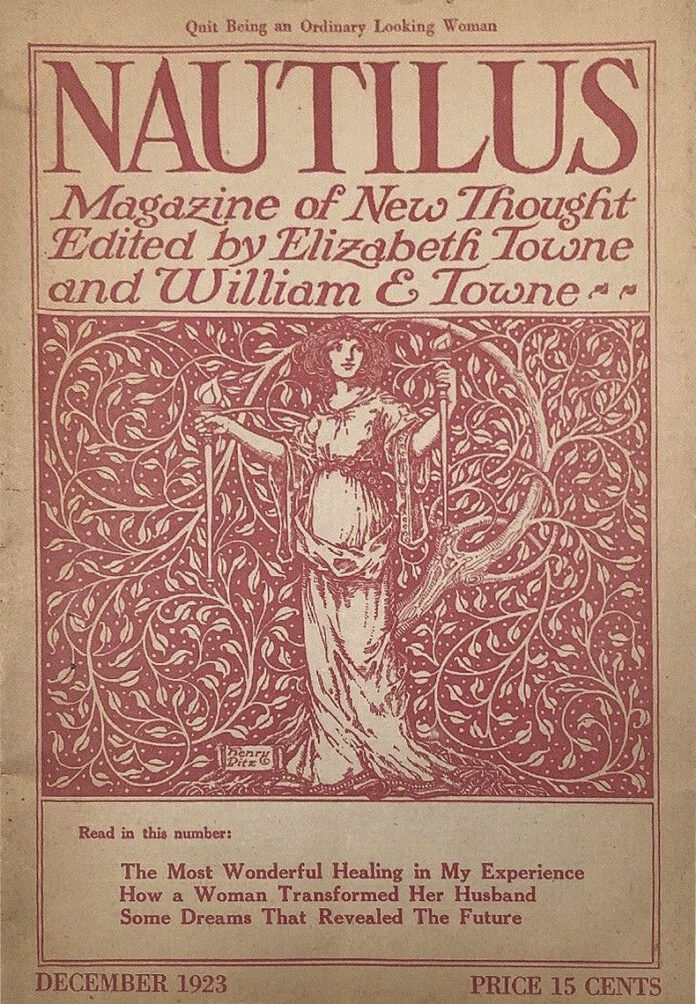 AFTER MORE THAN three years of financial distress, the highbrow science and culture magazine Nautilus announced on Wednesday that it would be acquired by “an investor group of super-fans.” Pending final approval from New York state regulators, the eight investors, which include the co-founder and chief executive of the website The Daily Dot, Nicholas White, and former Harvard president and United States Treasury Secretary Larry Summers, will transition the nonprofit magazine into a for-profit media company called NautilusNext.

The deal could end a troubled financial period for Nautilus — one that saw its early reputation for award-winning, high-caliber journalism tarnished by complaints of mismanagement and demands from numerous freelance writers and artists that their long overdue fees be paid. Despite this turbulence, the publication, which was launched by former television journalist John Steele in 2013, has survived, leaning on book excerpts, work from unpaid contributors, and other low-cost content over the last two years.

Announcement of the new strategy to rescue the flagging title was accompanied by fresh plans to address these complaints.

“We’re not going to take a dollar of profit out of the company until all the contributors get paid back,” said White, who will be chief executive of the company under the new arrangement. “One of John [Steele]’s primary concerns, from our first conversation to our last, in terms of putting together this deal, was that we make sure that everybody got paid,” he added.

Whether and how quickly such goals will be realized was unclear, however. Former employees and contributors have complained of previous unfulfilled promises, as well as a lack of commitment to diversity among the magazine’s leadership. “It feels like a complete lack of interest in grappling with the issues that clearly plagued them as a publication,” said Sabrina Imbler, who was an intern at Nautilus in 2017, noting the overwhelming predominance of white men among the magazine’s new “super-fan” backers. Among those issues, Imbler said, were a “lack of diversity, lack of support for marginalized writers, [and] lack of support for contracted writers.”

Financially, though, the nonprofit magazine struggled. An initial two-year grant of $5 million from the John Templeton Foundation, a Pennsylvania-based philanthropy that describes itself as targeting the world’s “big questions” in science, religion, and philosophy, got Nautilus off the ground. But as that support was ratcheted down in subsequent years, the magazine’s leadership struggled to replace it with other revenue streams. In 2016, according to public tax filings, Nautilus ran a deficit of more than $800,000.

In April 2017, Undark reported that the magazine was behind on many payments to freelancers, and that Steele was attempting to bring Nautilus under the wing of the American Association for the Advancement of Science in an effort to shore up the publication. That deal never materialized, though the magazine continued to commission new work, with Steele repeatedly promising disgruntled contributors that payments were imminent. Some writers had been waiting months for their checks and were owed thousands of dollars.

Around that same time, according to former staff members, the magazine also stopped meeting its payroll obligations to its employees. In need of money and frustrated by a lack of communication from management, many staff members left. One former Nautilus editor, Madeline Gressel, told Undark in January 2018 that Nautilus had owed her $7,000 when she left her position in the summer of 2017. At that time, Gressel said she had yet to recoup more than half of her unpaid wages. Reached again on Friday, Gressel said she was eventually paid, although “it took extraordinary measures,” she said.

“It was extremely stressful,” she added. “It really changed my life.”

In December 2017, a group of 19 freelance contributors to Nautilus, collectively owed $50,000, published an open letter to the magazine demanding payment. (Another freelancer joined them soon afterward, pushing the total above $60,000.) Members of the group pursued an action with the National Writers Union, which reached a settlement with Nautilus the next month, stipulating a schedule of monthly payments until the full debt was paid.

Nautilus honored the settlement and paid those 20 writers in full, but not all contributors have been paid. National Writers Union president Larry Goldbetter said the union was still trying to get more details about how payment would work under the new ownership arrangement. “One [writer] we recently tried to get paid was sent a lot of legal papers about the acquisition and was told he will be paid along with all the other ‘contributor creditors’ who are owed,” Goldbetter said in an email. According to White, the magazine currently owes contributors a bit more than $186,000.

In May of this year, Nautilus leadership sent a letter to the remaining freelancers, along with a check for 10 percent of their unpaid amount and a promise to pay the rest in six monthly installments once the new investor acquisition plan was finalized.

White insists that the new investor group — which also includes the entrepreneur Ben Lamm, the technology investor Alexander Falk, and Harvard professor Elisa New, the creator and host of the television series Poetry in America who is married to Summers — intends for the magazine to turn a profit, and that the goal is within reach. Under the current business plan, the majority of revenue will come from subscriptions “or other forms of reader-driven revenue,” rather than advertising or partnerships, White said. He estimated that Nautilus could turn a profit with 15,000 to 25,000 subscribers. As of today, that number is around 10,000.

The magazine has many loyal fans, chief among them its new investors. “There’s this sense of wonder, I think, that’s captured in Nautilus, that’s just science at its best,” White said. Falk, one of the investors, wrote on social media that his goal was to “preserve the deep, undiluted narrative storytelling” that has characterized the magazine.

“If it helps keep thoughtful science and culture journalism of this caliber alive, I’m for it,” one fan wrote on Twitter in response to news of the proposed acquisition.

But skepticism about the new arrangement — and the promises to pay writers — runs deep. When journalist Megan Molteni received the letter and check from Nautilus in May, she says she laughed. Molteni had written a short essay about electric eels for Nautilus in June 2016. Her contract promised her a $300 payment, to arrive within 30 days. It never came. When Molteni followed up that fall, she was told the payment would be coming by the end the month, but the check never showed up. “I think I gave up the expectation a long time ago that I was going to get paid,” Molteni said.

INDEED, PART of the challenge for White and other leaders of the reborn Nautilus will be convincing loyal readers that nothing fundamental has changed (the magazine is keeping its celebrated print edition, along with its senior editorial team, including Steele as editorial director), while also assuring critics and burned writers that key reforms are underway.

All but one of the eight investors and three editorial leaders listed in the announcement of the new Nautilus arrangement appear to be white men, however, suggesting that some of those assurances, at least around issues of diversity, will be a tough sell.

Summers is widely known for comments he made in 2005 while president of Harvard that suggested women are innately less adept at science then men, and he has received attention recently for his reportedly once-close relationship with the late, disgraced financier and accused pedophile Jeffrey Epstein. And reports surfaced earlier this year that Epstein had donated $25,000 to Nautilus in 2017. (In a brief emailed response to questions about the Epstein money, Steele suggested that the publication is “planning to make a donation to an at-risk teen charity,” as a compensatory gesture.)

“It’s gross how they’re branding investment as ‘super-fans,’ it’s gross that Larry Summers is on the list, and it’s unsurprising to see the demographic makeup of that group,” Imbler said.

Asked about the publication’s commitment to diversity, White said that it was “a long-term concern” for him and for Nautilus, but that urgent, short-term needs had taken precedence. “At this particular moment, we’re focused on getting the finances in order, and, to some extent, I will admit that that has taken over — that is the lens right now,” he said.

“We’re hoping to make it a healthier business in every sense of that, which means both financially, but also how it’s staffed and the culture and the diversity issues and other things related to that,” White said. He also acknowledged that it could take time to rebuild trust, and that at this point, words alone may not be enough.

“We’re going to show by our actions, over the coming year or two,” he said, “what kind of company we’re going to be.”

The Article was originally published on Buoyed by ‘Super-Fans,’ Embattled Nautilus Magazine Hopes to Right Its Course.