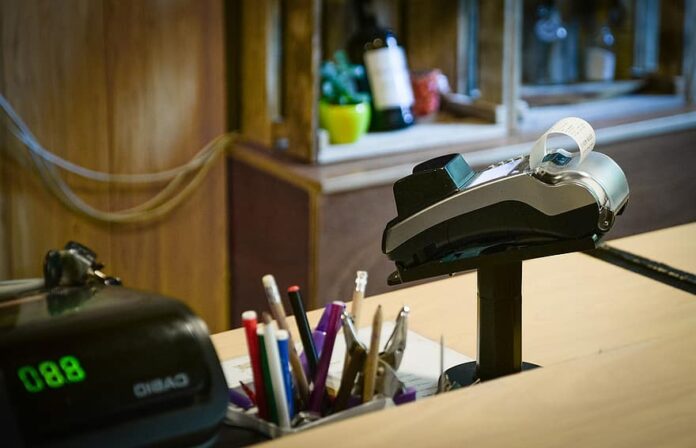 Mark Outing, 48, sat on a table in his eponymous East Side burger restaurant and talked modestly about the experiences that made him who he is today.

In 1999, Outing was sentenced to 10 years in prison for attempted murder — an altercation that took place at a nightclub called the Playground five years prior. He was released on parole in 2003.

He also was a member of PKO, a Texas rap group that made headlines in the 1990s for its controversial lyrics.

However, these days, when he speaks, you hear a lot about his faith in God. Since Outing answers to a higher power, he’s not concerned about how he will be remembered.

“I don’t want to say it doesn’t matter, but it really matters what the Lord thinks,” Outing said. “He’s the one I must stand before, and it’s his words I want to hear, ‘Well done, my good and faithful servant.’”

In 2004, Outing was driving his daughters to The Carver Academy (now IDEA Carver) when he passed a vacant building on East Commerce Street. He knew what he was looking at: the ideal location for the burger joint of his dreams.

“I used to sell cars at this dealership off of FM 78 in Kirby called Edwards Stevens Car Lot,” Outing said. His friend Chris Pryor “used to always to come to the dealership and talk about opening a burger joint together,” he said.

That dream became a reality in 2005 when he opened Fatty’s Burgers. The restaurant is an eight-minute drive from Sutton Homes, a public housing complex near the AT&T Center where Outing grew up.

The East Side has always been Outing’s home. He resents the stigma about the neighborhood — that it’s violent, dangerous — he says is driven by the media. San Antonians, he says, are conditioned to fear certain parts of town.

“I think [the] community is doing much better now than it was when I was growing up,” Outing said. “We still have seasons of crime, but that’s something that shouldn’t just be pointed at the East Side.”

Outing says there are opportunities that exists in some places more than others. But because this a free country, he believes, there are ways to function in the midst of the inequality, and he uses his story as an example.

He credits his faith in God for this second chance at life and hopes it can be a blessing to others.

Outing hosts East Side events such as the “All-American Burger Festival,” which gives local businesses a platform and raises scholarship money for local students. When asked about other contributions his restaurant makes to the East Side, Outing smiled humbly, saying, “You would literally have to ask the community about that.”

Outing also credits his faith for allowing him to persist despite external and internal changes to his business: the reconstruction of East Commerce, customer droughts and a 2012 rebranding from Fatty’s Burgers to Mark’s Outing.

Recently, the restaurant went days without customers, which left Outing on the brink of shutting down. On Oct. 5, he made a video and shared it via Facebook to “stop the bleeding.”

“The video was up on Thursday, and the payroll was up for due on Saturday,” Outing said. “We were overwhelmingly busy that weekend because of the video, so we made payroll on Monday. The employees were very patient.”

The video has been viewed 175,000 times, and Outing says his small business will not shut down. He praised the community and the city for the support.

But his restaurant has more roadblocks ahead — like many other small businesses on the East Side, he said.

Outing feels business owners have a responsibility to serve the community. He offers jobs to people with criminal backgrounds because he understands the struggles to find a job.

Mid-interview, Outing excused himself to speak to a gentlemen in a white shirt waiting outside of the restaurant, standing in the cold. “Hey what’s going on? You available to work this morning?”

“What was that?” the gentleman asked. Outing, wearing a black hoodie, sweats and sneakers, repeated himself. “Oh, yeah I can work,” the man said.

Outing told the man to go start on the dishes. “Yeah, that’s my guy,” he said, returning to his seat. “Always helps out.”

The Article was originally published on Despite financial struggles, Mark’s Outing nourishes the community.