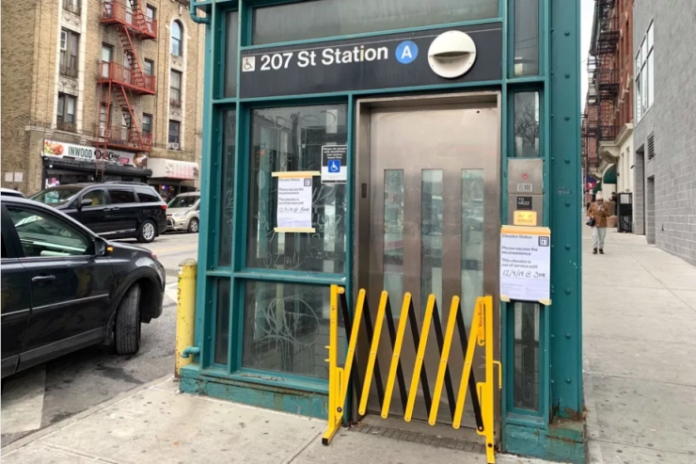 Billions of dollars in planned upgrades to the transit system — including modernized signals, new subway cars and elevators at dozens of stations — will be frozen indefinitely due to financial fallout from the pandemic, THE CITY has learned.

MTA officials are expected to reveal Wednesday that a 60-day hold on “capital projects” that was announced in March will remain in place while the cash-strapped state transit agency tries to secure another $3.9 billion in emergency federal funding.

“We can’t go back to the bad old days of sacrificing capital [funding] for operating [expenses],” Andrei Berman, an MTA spokesperson, told THE CITY. “All of these projects are necessary for ensuring that New Yorkers have a modernized transit system and we will continue fighting in Washington to get the funding we need to move forward.”

The gloomy financial outlook will be delivered at an MTA board meeting, days after Chairperson Patrick Foye said the agency could be on the brink of a “financial calamity” by July without another round of federal relief.

“Riders should be alarmed,” said Ben Fried of TransitCenter, an advocacy and research organization. “If the MTA doesn’t receive more assistance, the reliability and accessibility upgrades New Yorkers are counting on will be in jeopardy and even keeping the system in good working condition will be difficult.”

The damage ranges from the enormous gap in the MTA’s operating budget to projects from the $30 billion 2015-2019 capital program that were scheduled to start this year. Among them are:

The hold also includes the MTA’s entire $51 billion 2020-2024 capital program. While not yet funded, the largest capital plan in agency history laid out an ambitious roadmap.

It includes resignaling stretches of six subway lines, replacing thousands of old subway cars and buses, and installing elevators or ramps at 66 subway stations not currently accessible to riders with disabilities.

“When the system comes back, the MTA cannot throw out the issue of accessibility — that’s essential,” said Joseph Rappaport, executive director of the Brooklyn Center for the Independence of the Disabled. “The MTA has to take an approach that doesn’t repeat the sins of the past when it comes to accessibility.”

Rappaport’s group is part of a coalition of local organizations that have a federal class action discrimination lawsuit pending against the MTA for lack of ADA compliance.

Mass transit advocates said an extended shutdown to planned capital improvements would deal another strong blow to the city’s emergence from the coronavirus crisis.

“A well-functioning mass transit system is essential to the recovery of New York,” said Rachael Fauss, a policy analyst with Reinvent Albany, a watchdog group. “Beyond the billions needed in operating aid, riders also deserve a system that actually works, with new signals, trains, buses and other critical repairs being made.”

The MTA has already been stung by the loss of revenue from daily ridership that, at the peak of the pandemic, fell by more than 90% on the subway and commuter railroads — leaving its finances “on life support,” according to Bob Foran, the agency’s chief financial officer.

With the city easing into Phase 2 of its reopening, subway and bus ridership are inching up to about two million commutes a day, even as trains remain out of service from 1 a.m. to 5 a.m. daily for a systemwide cleaning.

As revenue from ridership began to crumble in March because of the state’s stay-at-home restrictions, the MTA also had to contend with projects whose timelines were pushed back by coronavirus-driven workforce shortages and factory shutdowns around the country and world.

According to MTA records, those included:

“Outbreaks interfere with manufacturing capacity around the globe and delay acquisition of materials and components,” Fried said.

Despite the delays, Gov. Andrew Cuomo earlier this month said the collapse of ridership in the subway during the pandemic actually allowed the MTA to accelerate some projects — including renovations at the 138th Street-Grand Concourse station in The Bronx and installing elevators at 11 stations.

But Fauss said other gains will likely be limited because of the coronavirus crisis.

“COVID-19 is making working on an already ambitious plan all that much more difficult,” she said.