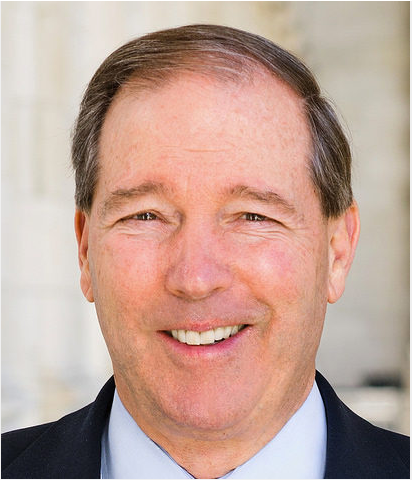 Thanks to a $2 trillion congressional relief package, New Mexico will start seeing financial support from the federal government for businesses impacted by COVID-19. And U.S. Sen. Tom Udall, a member of the state’s delegation, said he will make sure the money goes where it’s needed.

Udall, who flew from Washington D.C. to New Mexico last week, spoke with NM Political Report during his self-quarantine at his home in Santa Fe. The quarantine, Udall said, was in accordance with an order from the New Mexico Department of Health that all travelers coming into the state self-quarantine for two weeks.

Udall said the latest support bill, which was signed into law by President Donald Trump, will help New Mexico businesses, hospitals and tribal groups. But, he said, the state and the country will probably need more.

“This bill shouldn’t be the end of our work,” Udall said. “We will know soon what other holes we need to fill, but I think we will need more help for state and local governments whose budgets are being hit and with the price of oil today at $20, New Mexico’s state budget is going to be hit badly by that. We’ll need to do more to restart our economy, once we’re in place to do that.”

But for now, Udall said his office will make sure the state gets the federal money and help it needs.

“We are trying to do everything we can to make sure my office follows through on the implementation,” Udall said. “Is the money getting to where it needs to go? Where are the roadblocks?”

Udall’s office has offered up a guide for local businesses on how to get financial support from the federal package. Unlike the direct payments many around the country will get, support for businesses will depend on who asks for it.

“Small businesses, and large businesses for that matter, are going to need to apply and be accepted into the program and then they get the reimbursement there,” he said.

Udall, who serves as the Vice Chair of the Senate Committee of Indian Affairs, said $8 billion in financial help for tribal groups will for the first time ever go directly to a “tribal stabilization fund” instead of being filtered through states. Some tribes in New Mexico overlap with other states like Utah and Arizona.

“This isn’t money that’s going to the state anymore, that’s directly to the tribes and that’s the first in the history to happen,” Udall said. “That is going to support all the things tribes do to support their community. They will be applying for that and getting that money.”

The state itself will also get a significant reimbursement for money already spent on combating the spread of COVID-19.

“Anything New Mexico is doing to attack the coronavirus to the tune of $1.25 billion will be reimbursed by the federal government,” Udall said.

Earlier this month, Lujan Grisham requested mobile hospitals from the U.S. Army. Udall and the rest of the state’s delegation issued a letter to the U.S. Department of Defense in support of Lujan Grisham’s request. According to the Albuquerque Journal, Trump told Lujan Grisham in a phone call on Monday “We’ll build you that hospital as quick as we can.”

Udall said requests like that can be somewhat of a moving target.

“The federal government obviously, in terms of its resources, needs to look at where all the hotspots are,” Udall said. “This will be developing daily, so it’s hard to predict, exactly, what’s going to happen. But we’re going to fight for everything that New Mexico needs and that’s my job to do that.”

The Article was originally published on Udall: NM set to get financial relief, another bill likely on its way.