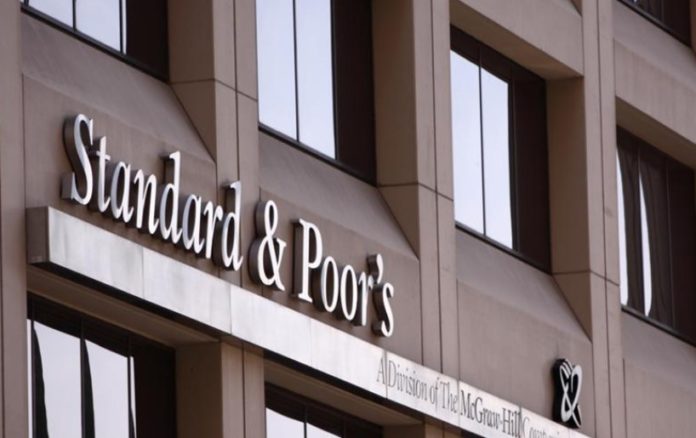 consistency with the Committee decision. The views and the decision of the rating committee are summarized in the above rationale and outlook. The weighting of all rating factors is described in the methodology used in this rating action (see ‘Related Criteria And Research’).

Certain terms used in this report, particularly certain adjectives used to express our view on rating relevant factors, have specific meanings ascribed to them in our criteria, and should therefore be read in conjunction with such criteria. Please see Ratings Criteria at www.standardandpoors.com for further information. Complete ratings information is available to subscribers of RatingsDirect at www.globalcreditportal.com and at www.spcapitaliq.com. All ratings affected by this rating action can be found on the S&P; Global Ratings public website at www.standardandpoors.com. Use the Ratings search box located in the left column.

The article with statistical information is available in full at www.standardandpoors.com. Registration is free. To access the full article, select “Ratings Actions” in the left navigation under Ratings Resources, then choose the Press Releases tab.

No content (including ratings, credit-related analyses and data, valuations, model, software, or other application or output therefrom) or any part thereof (Content) may be modified, reverse engineered, reproduced, or distributed in any form by any means, or stored in a database or retrieval system, without the prior written permission of Standard & Poor’s Financial Services LLC or its affiliates (collectively, S&P;). The Content shall not be used for any unlawful or unauthorized purposes. S&P; and any third-party providers, as well as their directors, officers, shareholders, employees, or agents (collectively S&P; Parties) do not guarantee the accuracy, completeness, timeliness, or availability of the Content. S&P; Parties are not responsible for any errors or omissions (negligent or otherwise), regardless of the cause, for the results obtained from the use of the Content, or for the security or maintenance of any data input by the user. The Content is provided on an “as is” basis. S&P; PARTIES DISCLAIM ANY AND ALL EXPRESS OR IMPLIED WARRANTIES, INCLUDING, BUT NOT LIMITED TO, ANY WARRANTIES OF MERCHANTABILITY OR FITNESS FOR A PARTICULAR PURPOSE OR USE, FREEDOM FROM BUGS, SOFTWARE ERRORS OR DEFECTS, THAT THE CONTENT’S FUNCTIONING WILL BE UNINTERRUPTED, OR THAT THE CONTENT WILL OPERATE WITH ANY SOFTWARE OR HARDWARE CONFIGURATION. In no event shall S&P; Parties be liable to any party for any direct, indirect, incidental, exemplary, compensatory, punitive, special or consequential damages, costs, expenses, legal fees, or losses (including, without limitation, lost income or lost profits and opportunity costs or losses caused by negligence) in connection with any use of the Content even if advised of the possibility of such damages.

Credit-related and other analyses, including ratings, and statements in the Content are statements of opinion as of the date they are expressed and not statements of fact. S&P;’s opinions, analyses, and rating acknowledgment decisions (described below) are not recommendations to purchase, hold, or sell any securities or to make any investment decisions, and do not address the suitability of any security. S&P; assumes no obligation to update the Content following publication in any form or format. The Content should not be relied on and is not a substitute for the skill, judgment, and experience of the
user, its management, employees, advisors, and/or clients when making investment and other business decisions. S&P; does not act as a fiduciary or an investment advisor except where registered as such. While S&P; has obtained information from sources it believes to be reliable, S&P; does not perform an audit and undertakes no duty of due diligence or independent verification of any information it receives.

To the extent that regulatory authorities allow a rating agency to acknowledge in one jurisdiction a rating issued in another jurisdiction for certain regulatory purposes, S&P; reserves the right to assign, withdraw, or suspend such acknowledgement at any time and in its sole discretion. S&P; Parties disclaim any duty whatsoever arising out of the assignment, withdrawal, or suspension of an acknowledgment as well as any liability for any damage alleged to have been suffered on account thereof.

keeps certain activities of its business units separate from each other in order to preserve the independence and objectivity of their respective activities. As a result, certain business units of S&P; may have information that is not available to other S&P; business units. S&P; has established policies and procedures to maintain the confidentiality of certain nonpublic
information received in connection with each analytical process.

may receive compensation for its ratings and certain analyses, normally from issuers or underwriters of securities or from obligors. S&P; reserves the right to disseminate its opinions and analyses. S&P;’s public ratings and analyses are made available on its Web sites, www.standardandpoors.com (free of charge), and www.ratingsdirect.com and www.globalcreditportal.com (subscription), and may be distributed through other means, including via S&P; publications and third-party redistributors. Additional information about our ratings fees is available at www.standardandpoors.com/usratingsfees.

Any Passwords/user IDs issued by S&P; to users are single user-dedicated and may ONLY be used by the individual to whom they have been assigned. No sharing of passwords/user IDs and no simultaneous access via the same password/user ID is permitted. To reprint, translate, or use the data or information other than as provided herein, contact Client Services, 55 Water Street, New York, NY 10041; (1) 212-438-7280 or by e-mail to:
research_request[a]standardandpoors.com. Copyright (c) 2016 by Standard & Poor’s Financial Services LLC. All rights reserved.

Apple Watch Climbs the List of the Top Wearable Gadgets

MakeUp in New York 2015 unveils a series of hot innovations