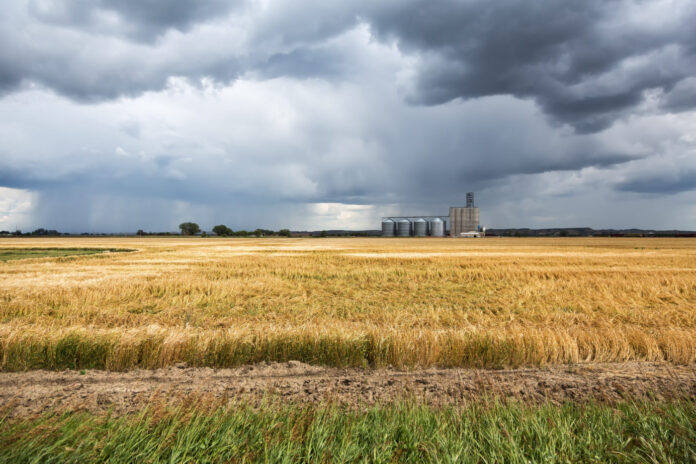 At Cyndi Johnson’s farm near Conrad, spring planting preparations are continuing as in any other year. Johnson and her husband are getting their equipment in order, leveling a spot where they got the sprayer stuck a couple of years ago, and finalizing seed, fertilizer and chemical contracts for the season.

At first, there was some uncertainty over whether those inputs would be available. But so far she’s been able to secure seed, fertilizer and chemicals for her wheat, peas and garbanzo beans at reasonable prices.

Even so, the coronavirus has thrown a wrench into the market for most U.S. farmers, raising questions about how crops will be transported, how those crops will be used, and whether international trade will remain viable. For example, surplus vegetables stranded by the shutdown of commercial customers are rotting in fields in Florida. Corn, often used for biofuels and animal feed, has dropped about 15% in price as Americans drive less and fewer cattle are being put on feedlots. China is importing fewer soybeans during the pandemic.

That’s because Montana’s farmers generally grow food that is consumed by humans, he said.

Montana produces more pulses — a broad term encompassing legume crops harvested for their dry seeds, like lentils, garbanzo beans and peas — than any other state in the country. The state ranks second in barley and canola production, and third in wheat production.

“We all eat food,” Bekkerman said. “When a lot of consumers are staying home, there has been this bump in how much various goods are being bought up.”

Typically, about 56% of consumer dollars spent on food are spent at restaurants, said Jayson Lusk, an agricultural economist at Purdue University, in a FarmDoc Daily webinar April 21. As a result of the pandemic, people are spending about 10% more of their food dollars at grocery stores than at this time last year, Lusk said.

For example, people are buying baking flour and pasta, which is made from wheat. They’re spending more on alcohol, and most of Montana’s barley is used to make beer. Many people have stocked up on storable items that are high in protein, like beans and lentils, Bekkerman said.

The demand has kept commodity prices for Montana crops relatively stable. Wheat, for example, has seen about a 3% drop since the beginning of the year, compared to corn, which has dropped about 15%.

“So far, we’ve been luckier than most,” Johnson said.

It’s unclear whether that demand for pulse crops will continue, Lusk said. Did customers stock up on such staples just once to prepare for staying at home, or will they continue to buy them as stay-at-home orders and restaurant closures are rolled back?

Bekkerman said the longer the pandemic continues, the more demand will increase for beans, peas and lentils, but uncertainties remain for Montana farmers regardless. For example, about 80 to 85% of Montana wheat is shipped overseas, and it’s not clear how international trade may be impacted by COVID-19. Also, the continuing availability and cost of fertilizer and chemicals, which are manufactured around the world, are not guaranteed.

Other factors raise additional questions, Bekkerman said. The United States’ major wheat competitors, Russia and Ukraine, have ceased exports, which could lead to new demand for Montana wheat in international markets. At the same time, the value of the U.S. dollar has also increased, driving the price of U.S. exports higher, which could decrease demand.

Another potential impact on Montana farmers is the prospect of a labor shortage during harvest season. Some Montana farmers rely on temporary foreign workers on H-2A visas to help with harvest and other farm tasks. In response to the pandemic, the federal government has stopped issuing new H-2A visas. But Montana’s agricultural sector is largely mechanized and therefore less reliant on foreign labor than many states, Bekkerman said.

Ultimately, he said, the pandemic simply layers more uncertainty onto an already volatile sector of the economy.

“In the spring, I get a bunch of questions: ‘What are markets saying producers should do?’ It depends on the producers. It’s always kind of a chicken-and-the-egg question at this point every year, and this year is obviously complicated by this big economic demand shock,” Bekkerman said. “I don’t envy being a farmer right now.”

The article was published at Montana crops get COVID bump, questions

Eric Feaver and the changing of Montana’s labor guard