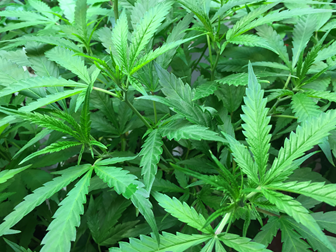 Marijuana is the world’s most used illicit drug – but its legalization is on the rise. A booming industry with unimaginable potential, marijuana is a brilliant investment.

In 2019, the marijuana industry was worth an estimated $13.6 billion, creating 340,000 jobs. The illegal market adds an extra estimated $64 billion, but, as more countries and states legalize the drug, its legal-market demand will skyrocket. It is predicted that by 2030, the industry will generate $85 billion.

Currently, 33 states have legalized medicinal use of Marijuana, with 14 states allowing for recreational use of the drug. Last year, California led the industry with $3.1 billion, followed by Colorado ($1.6 billion) and Washington ($1.1 billion).

The rapid changes in cannabis legislation over the past decade coincides a drastic shift in American’s attitudes towards the plant. In 2000, only 30% of Americans favored making marijuana legal. Today, 67% of the country supports legalization. Furthermore, the trend of legalization is likely to continue moving forward. 84% of citizens younger than 35 years old support legalization.

A booming industry that is rapidly growing is reason enough to invest your money. America could see five more states pass laws to legalize marijuana. South Dakota, Montana, New Jersey, and Arizona all have a vote on the ballot for the upcoming presidential election that asks voters to decide if they support recreational use of marijuana.

South Dakota is planning on “leapfrogging” the system. The majority of states with marijuana legalization follow a multi-year process where marijuana is first decriminalized – it’s still illegal, but states cannot prosecute individuals for possessing it under a certain amount. Next, its medicinal use is implemented. Finally, it is recreationally legalized for adults. On South Dakota voters’ ballots, there will be two questions for voters to decide on – its medicinal use and its recreational use.

In Montana, Initiative 118 and Initiative 190 would allow adults 21 years of age and older to consume and possess cannabis, along with a 20% tax on recreational cannabis sales. The initiatives would also resentence or expunge records of cannabis-related acts.

New Jersey’s Public Question No. 1 asks citizens to vote on the legalization of recreational use for adults 21 and over. If passed, the state commission that regulates the medicinal market would also oversee the recreational market.

In Arizona, the 2016 ballots offered the same questions, and the legislation failed by less than three points. In this election, however, there is more support for the already popular Proposition 207, with 56% of voters planning on voting for the bill that would legalize recreational marijuana.

The potential epicenter of the marijuana industry could potentially come into fruition in 2021 – New York City. It has been on the agenda for New York Governor Andrew Cuomo, but because of the unfortunate circumstances his state dealt with during the current COVID-19 pandemic, he was not able to finish a bill in the state’s final budget on time. With the job market taking a major hit during the health crisis, it is estimated that New York could generate $300 million in revenue with legalization. With neighboring New Jersey likely to legalize the drug, there will be pressure on New York to follow suit.

Shares of marijuana stocks spiked in October, after Kamala Harris said in a debate that she promises to decriminalize marijuana. While this falls short of outright legalization of cannabis, as aforementioned, it is typically the first step of legislation in the process of legalizing the drug recreationally.

More institutional investors are drawn to investment because there is a higher share volume in the sector, caused by larger companies with more liquidity being included in the market. There are now more than 10 cannabis companies in North America with billion-dollar market capitalizations.

The marijuana market is considered an essential business; thus, the industry has reported strong sales since the pandemic ravaged through businesses in March. The U.S. cannabis market is estimated to have an annual growth rate of 18.2%.

Cannabis Stocks to Invest in

Trulieve is mainly situated in Florida, the third populous state in America. This has helped immensely with their astronomical growth, and a growing customer base that is loyal to the company. The only question is if it realistic for the company to keep growing at the amazing rate it has been in recent years. Regardless, with the company currently expanding at swiftly, Trulieve definitely tops the list for cannabis companies that investors should throw their money at.